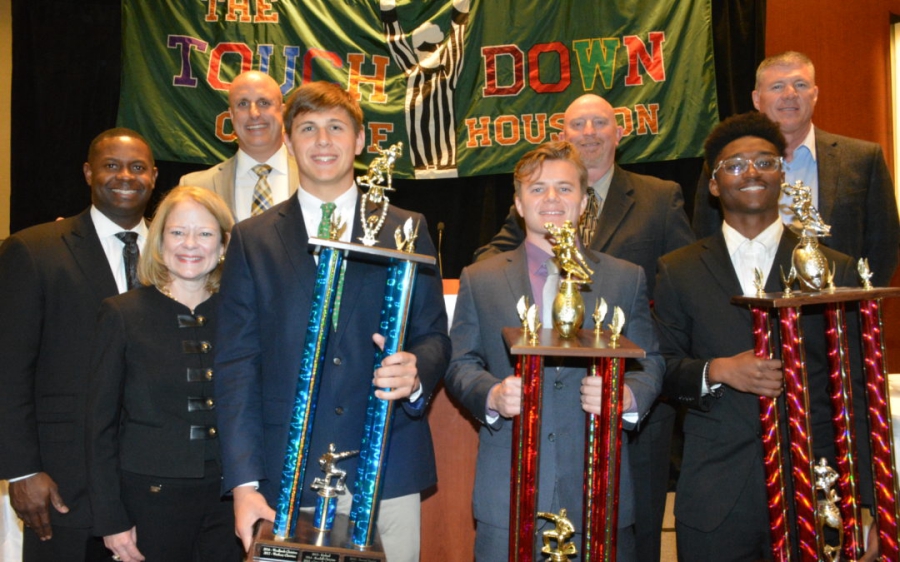 The Wildcats were chosen for the award by the Texas Association of Sports Officials (TASO), Houston football chapter, who are the refs covering the high school games in Greater Houston, based on the following six criteria:
1) Actions of the team
2) Action of the coaches
3) Actions of the support groups at games, such as parents, band and pep squad
4) Respect for the American flag
5) A score based on the number of personal fouls incurred during the game
6) A score based on the number of unsportsmanlike conduct fouls

The Wildcats received a “traveling trophy,” which they will keep for one year, and a permanent plaque that will stay with the school.

There are no comments for this announcement.